Eastern Iowa should be seeing some familiar faces on shelves soon but in a different form. Bells will be releasing Oberon and Two Hearted Ale in cans, (who’s ready to tailgate?). Did everyone get some Blacknote? I have one and am looking forward to popping the top! Also coming is Sierra Nevada’s Hoptimum and Southern Hemisphere Fresh Hop IPA. Here’s more courtesy of http://www.beerpulse.com:

Four-packs of both Oberon and Two Hearted (16 oz. cans) have begun shipping from our brewery.

Five hop varieties conspire for flavor domination inHoptimum®, our hopped, dry-hopped and torpedoed Imperial IPA. We’ve made every one of its 100 IBUs count, so hold tight on the whirlwind journey of grapefruit rind, pine, herbs and tropical fruit. 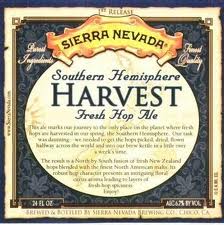 The second of five beers in our 2014 Harvest series, Southern Hemisphere Harvest®capitalizes on the springtime hop harvest in New Zealand—yup, opposite of our fall hop harvest! Several varieties are picked, dried and shipped to us within just seven days, and we pack their fresh floral and herbal flavors and aromas into this complex, kiwi-inspired IPA.