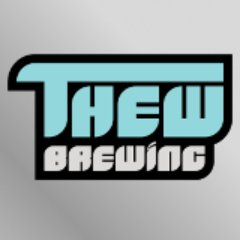 On Sunday afternoon I was finally able to head down to Thew Brewing. Thew and Local Pour restaurant have taken over Diagonal drive and 2nd street to make it a pretty great spot to check out in Cedar Rapids. Thew opened about a week ago or so ago, right around St. Patrick’s Day and have now gone to regular hours except being closed on Mondays. Here’s Thew’s mission statement:

Built on a foundation of passion for great beer. Built for the community. Built for you.

Since 2017, Thew Brewing Company has been dedicated to enriching every community it touches. In addition to crafting the finest of ales, we aim to make the world a better place to live. We are excited to invite you along for our journey. 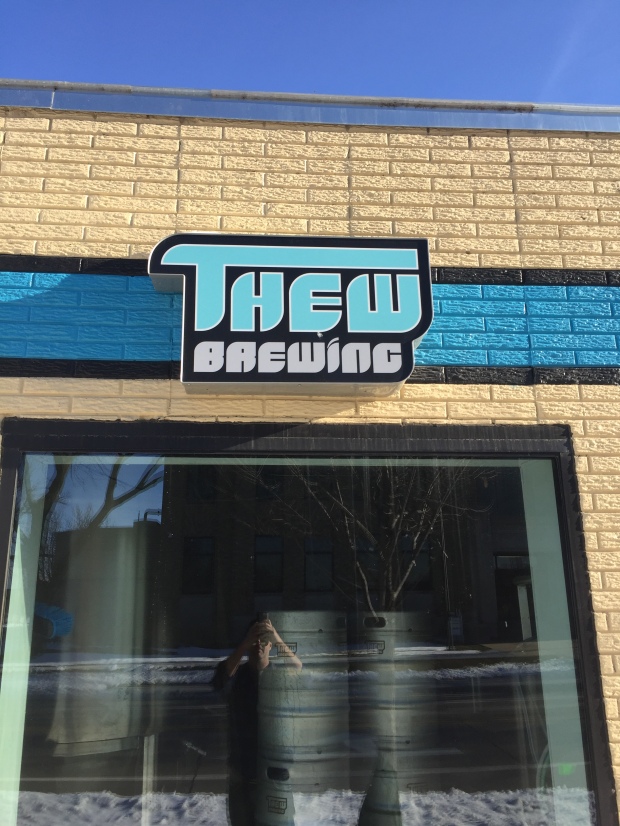 My first impression of the place was how cool their logo and branding is. Colorful, vibrant, and easy to recognize. The taproom itself was exactly what I was hoping for, tap lines full and ready, a couple of TVs showing March Madness, customers thoroughly enjoying themselves, wait staff who can talk beer and you give specifics on every beer you try and good company. Just a great feel at Thew taproom. They don’t offer food but they will soon have food trucks parked out back and you can also bring in food from other places.

Alright, onto the beers. When I was there Thew offered three different flight options as well as buying full pours and half pours of their brews, which I think is a terrific idea. I went with the IPA flight, here are my notes:

**Euchre** – pale wheat ale – 7.5% – I loved the spice from the hops on this beer. Very refreshing and with some excellent citrus flavors and the peppery spice finishes it off nicely. The ABV is remarkable hidden as this drinks like you could put many down. Will be even better this summer.

**Neon Golden** – pale ale – 6% – this was an interesting pale ale. Not sure on the hop profile but I got almost like a coffee/smoke flavor on this one. Not that I didn’t enjoy it, thought it was very good actually, just threw me off. So far, 2 for 2 from Thew!

**Tickle Torture** – New England IPA 7.7% – this beer was so nice I had to have it twice. The haze craze continues with Thew’s offering and they nailed it. The nose on this really shines with fruit and the creamy mouthfeel and flavor follow smoothly. Wonderful beer, probably will get only better. I’d like more of this please!

**Old and In the Way** – Double IPA- 8.5% – another solid offering from Thew. Their take on a West Coast style IPA and hit on the spots you would associate with that style. Nice hoppy bitterness and resin and pine flavor. Looking forward to what else Thew brews up in the IPA category/subcategory!

After the flight I knew I wanted to try this Irish Stout that was on nitro. I consider myself a big fan of Guinness. It’s a beer I don’t really tire of, and so I had to try Thew’s Beer for Leprechaun’s: 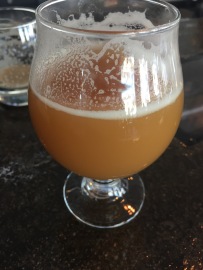 **Beer for Leprechauns** – Irish Stout – 4.3% – yup, this’ll do. Picturing many of these going down the hatch next year for St. Patty’s Day. Tobacco, chocolate, and just a kiss of coffee. If you’re a Guinness fan, you’ll love this. Hope to have my fridge stocked with this beer in the future!

Overall, I was beyond impressed with this place. The fact that Thew is barely 2 weeks old and kicking out some terrific beers already is remarkable. It’s only going to get better folks, this place will be kicking out some of the best beers in Iowa sooner than later.