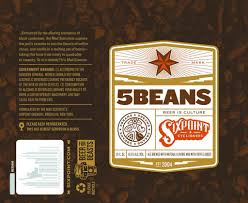 *Sixpoint 5 Beans – Thanks to Beeradvocate member Bottlecaps80 for sharing this nice bit of info on this new brew from Sixpoint.

This is an Imperial Porter with Coffee, Cocoa, Vanilla and with this release the addition of Cardamom. This beer will clock in at a big boy ABV of 10.5% and will be packaged in 12oz. cans. No word on release date yet. 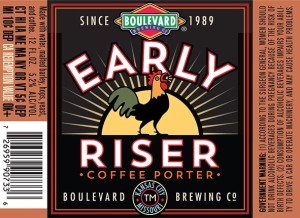 This beer will come packaged in 12oz bottles and on draft and will clock in at 5.2% ABV and will be a seasonal release through the months of Jan-March 2016.

*Great Divide Barrel Aged Yeti– Great Divide’s bringing the big guns out with the release of a barrel-aged version of Yeti. Here’s more info on this brew courtesy of Great Divide Newsletter:

The elusive Barrel Aged Yeti is also making an appearance for the season, and with a new look! This unique version of our monstrous Yeti Imperial Stout is aged for at least 12 months in whiskey barrels. Barrel Aged Yeti will be out this month, get it before it’s all gone!

Coming up a review of Sauce Bistro and Need Pizzeria. Have some beers news? Drop me a line at benmed15@yahoo.com or post in comments! Have a brewery/bar/restaurant/liquor store that you would like events posted? Hit me up!

My Tweets
Join 2,879 other subscribers