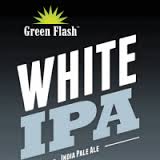 There’s a lot going on in this beer with two yeast strains, copious amounts of wheat malt, and a big focus on “C” hops to deliver a citrus explosion.  In fact we lined up more than a dozen hop varieties in the brewery to select 3 hops with the biggest citrus character to dry hop the beer.

This golden beer pours with beautiful, fluffy white beer foam that lasts due to its bottle conditioning.  Feel free to rouse the yeast that settles in the bottle for a fuller texture and a more cloudy white appearance.  The citrus aromas that jump from the glass are largely tangerine up front with other types of citrus notes that mingle with the Belgian yeast esters.  Hop flavors of bitter orange zest dominate the brew and linger to the finish with a nice play of American and Belgian yeast combo.