Here is the schedule for Red’s Alehouse tapping schedule for the upcoming release of Ballast Point to the Iowa market as well as Surly/TG progressive tap takeover and a special pre-Thanksgiving Bourbon County tapping. Lots of great things happening at Reds in the upcoming months:

Let me hit ya with some knowledge!!

Friday November 13th:
Surly Brewing Company and Toppling Goliath Brewing Co. Pre-Tailgate Party at the Alehouse! Before the Hawks take on Minnesota on Saturday, come party with some of the best breweries these respective states have to offer. Tap lineup will be announced as we get closer to the date, but you won’t want to miss out on this! Progressive tapping starting at 11am.

Wednesday November 25th:
Pre-Thanksgiving Party with Goose Island Bourbon County. 2014 Barleywine, 2011 BoCo, 2013 BoCo, 2014 Boco, 2013 Lolita and more will be tapped at 11am and the party will go until the law states we have to take your drinks away! 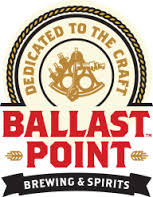 Some great news for Iowa beer fans as Ballas Point brewing will be hitting our shelves by year’s end according to their Facebook page. Here’s their post:

Quietly making some moves…
We will have beer in Michigan, Iowa, Kansas and Missouri before the end of the year…we believe VICTORY AT SEA will pair well with their winter

For more on their beers visit their site: