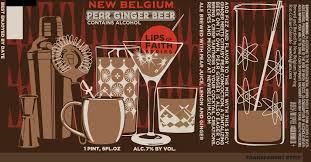 We will be seeing some new beers from familiar breweries hitting the shelves and tap lines in the near future. In fact, I believe The Calling has already been tapped at Parlor City in Cedar Rapids. According to Fleck’s Facebook post they will be having a tapping of this brew Thursday, March 5th, at 30Hop in Coralville. Hearing good things on The Calling and can’t wait for the Smokestack Series release.

New Belgium releasing a new Lips of Faith offering called Pear Ginger Beer and it looks to be coming in at 7% ABV. Here’s more on the LOF offering courtesy of beerstreetjournal.com:

This is Pear Ginger Beer and as you may have guessed this ale is brewed with pear juice, lemon and ginger.  This Lips of Faith release appears to also be geared toward using it to make beer cocktails…as the label says, “Add fizz & flavor to the mix with this spicy ginger meets citrusy pear concoction.  A tantalizing beer on its own, Pear Ginger is also eager to bring a crisp tartness to your cocktail creations.  Recipes and mixology at newbelgium.com” 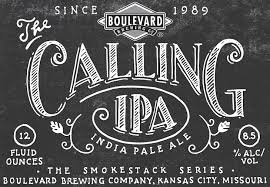 And here is more on The Calling from Boulevard Brewing:

Our most heavily hopped beer ever bursts forth with unmistakable tropical fruit and pine hop aromas and flavor supported with a slightly sweet malt character, tapering to a crisp, dry finish. Heed your call and enjoy.

One thought on “Coming to Shelves and Tap Lines: New Belgium Lips of Faith Pear Ginger Beer + Boulevard The Calling”