The wait is over…The Pig and Porter has finally opened and I was able to make a trip over with wife and my 2 year old daughter (she did better than I thought she would, and yes! they have high chairs!). I’ve had my eye on this place as soon as the sign went up in front, anytime you include the fine swine, you know it’s gotta be good!

The bar is the first thing you see when walking in and a big chalkboard with all the beer that they have on tap. Lion Bridge Kundera Kolsch? 90 degrees, yes, I think so. Tank 7, you bet! Anyway, 12 beers on tap plus High Life in a bottle, my guess is the lines will be rotating quite a bit.

A busy night as the outdoor seating was starting to pick up, we were initially sitting where the sun was hitting but their server was kind enough to ask if we’d like to move which was a great gesture. So we moved close to the open kitchen, which I love, as you get to see the chefs in their element.

The menu. New American cuisine, with small plates and large plates to share with someone else. There was no doubt we were going to start with the garlic fries and that’s what we went with. I’ve had many a french fry as has my wife, and she declares these as the GREATEST FRIES she’s ever had! They were served with house made smoked ketchup AND french onion dip which were both on point. The fries were crispy on the outside with the perfect amount of salt and the great garlic flavor and nice and soft in the middle. I know it’s fries, but I get excited about great fries. I’ve had too many that were a mushy damn nightmare. Not these, order these, and order more ketchup + onion dip! We licked that bowl clean! 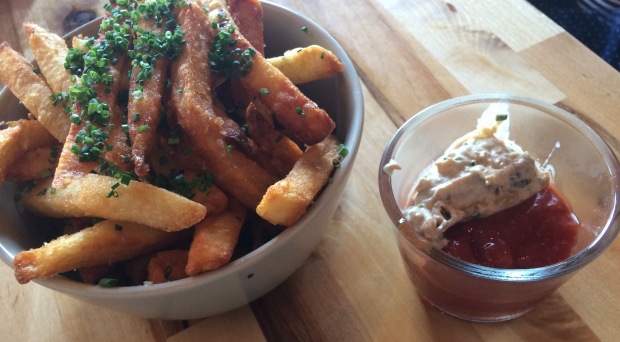 After the fries we were lucky enough to get a taste of the Red Hot Sausage with house smoked beans. The sausage was made in house as were the beans and topped with an over easy egg, homemade corn bread croutons, and some thin sliced onion! AWESOME! Loved it. The sausage was spicy so make sure you have a cold beer nearby but it was packed with flavor. The house-made beans were some of the best beans I’ve ever had. A little sweet, a little smoky and a perfect pairing with that sausage. Crack that egg yolk over the top of all of it and it could make for a heavenly breakfast.

The green beans. The dishes that chefs come up with amaze me at times, and this is one. On paper it doesn’t sound too appealing to me but I’m so glad my wife wanted to order it because it was fantastic! The green beans were served in an eel sauce, with, I believe,smoked eel and crispy shallots. SO…F’ing….GOOD. Order this. (Pacifier not included) 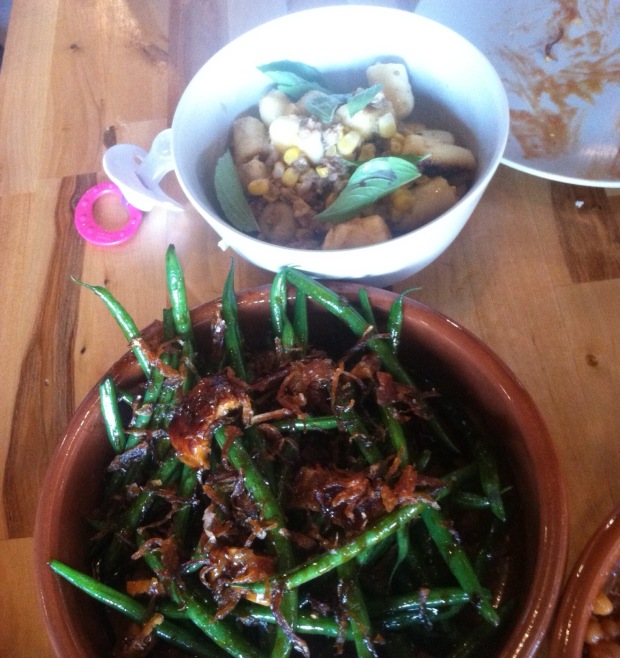 And then the Caesar salad. Perfectly dressed with pickled green grapes and parsnip croutons. Wonderfully refreshing for the hot day and something I’ll probably order every time I go. I’ll take a bowl full of those grapes on the side as well. 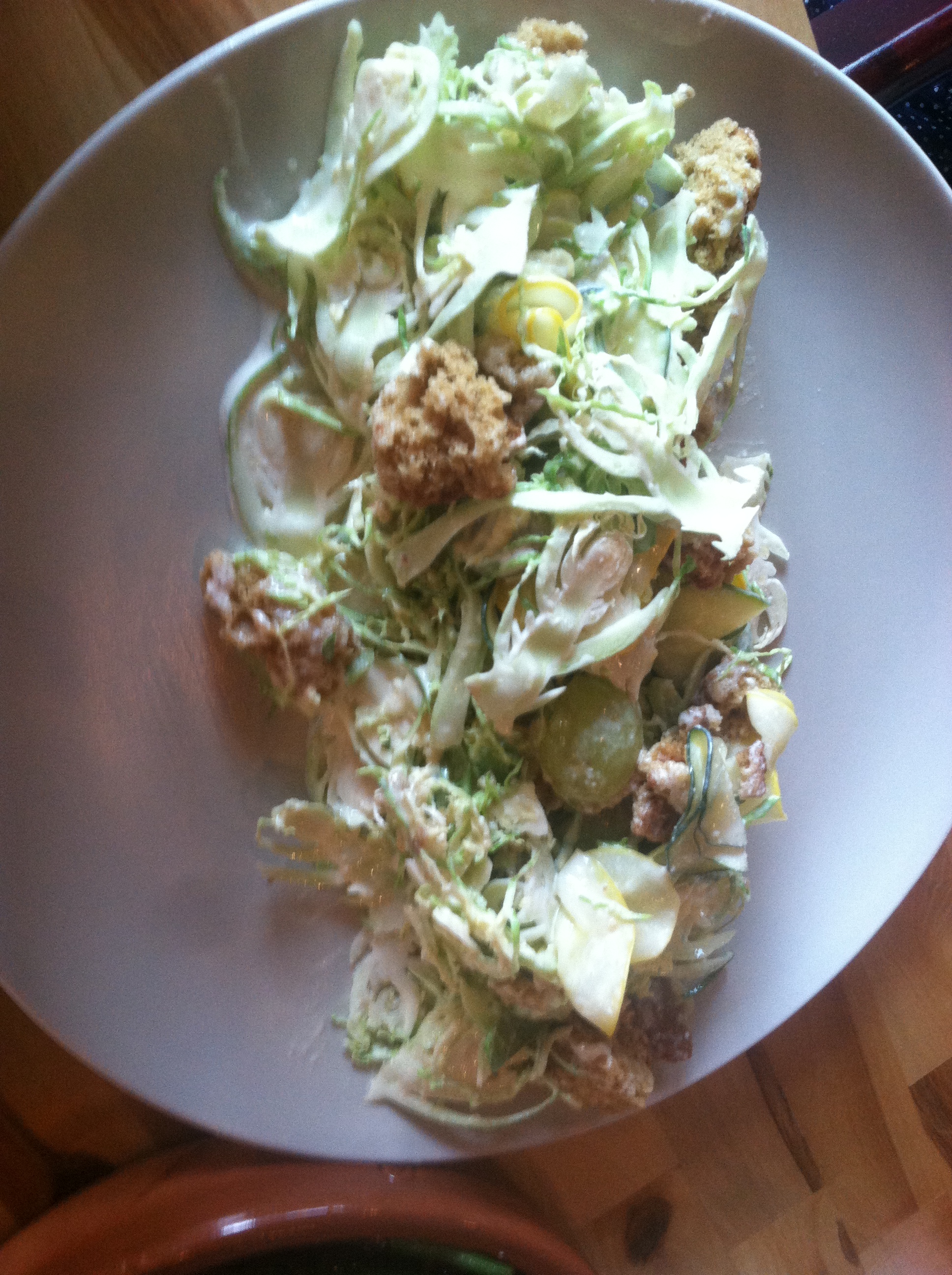 Another great addition to the Cedar Rapids Food scene. We had many dishes and enjoyed each one, but the menu still has a lot to offer as that roasted chicken did not go unnoticed! My wife and I highly recommend it! Andi, the server, and Will Monk, co-founder, were so helpful and kind. Terrific atmosphere with terrific people running the show. Congrats to Will and a tip of the hat to the chef and kitchen staff. We will be back for sure and hopefully soon! For more info on The Pig and Porter visit their Facebook page here: The Pig and Porter