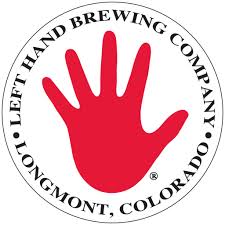 LONGMONT, CO • July 21, 2014 – Left Hand Brewing Company is excited to announce their return to the Iowa market in early August!  Left Hand, in partnership with Johnson Brothers of Iowa, will officially re-enter the state and feature their award-winning portfolio of balanced and innovative brands including Milk Stout Nitro. “We’re thrilled to re-introduce Left Hand to the Iowa market and to offer our accounts and beer drinkers the full line of one of the most recognized breweries in the country,” comments Lyle Stutzman of Johnson Brothers.

Outpaced demand forced Left Hand to temporarily withdraw from the state in 2011, in order to maintain quality and service standards.  In recent years, Left Hand has undergone a significant production expansion, including a new bottling hall, 6K sq. ft. cooler, and the addition of eight-480 bbl fermenters. As a result, barrelage has increased 78% in volume since 2011, yielding 65,879 bbls in 2013 and on track for over 80K in 2014. The increased capacity has allowed for Left Hand’s expansion, including entry into upstate NY, MD, DC, Western PA, and Iowa in 2014. The nearly 21 year old brewery is now the 38th largest craft beer brewery in the country by volume and distributed in 28 states and the District of Columbia.

Fortunately, growth has not compromised quality. Left Hand won 3 Gold medals at the 2013 Great American Beer Festival, a 2013 Gold European Beer Star and most recently a Gold award at the 2014 World Beer Cup. “Left Hand has really pushed the envelope in the last couple of years by being the first craft brewery to bottle nitrogenated beer while continuing to produce beers that have consistently set the standard within multiple style categories,” notes Lyle Stutzman from Johnson Brothers. “Not only are we excited to have flagship favorites like Sawtooth Ale back, but also bring the Nitro series of beers to Iowa for the first time!”

8/5-8/7 Left Hand Tastings
17 tastings from Council Bluffs to Bettendorf! Check out our Google map and get your first taste!

8/5 BLT – Beer, Bacon and our Return to Iowa!
Left Hand and the Blue Ribbon Bacon Festival are teaming up to to re-introduce Left Hand Beers to Iowa. Join us at Brenton Skating Plaza on August 5 for three Iowa favorites: sweet corn, B.L.T.s and cold beer!

8/6 The Keg Stand Tap Invasion Launch Event
Left Hand is Invading The Keg Stand in Des Moines featuring our whole line-up of craft Beer for the Iowa Market. There is no better time to find your favorite Left Hand Beer.

8/7 – el Bait Shop Welcome Back Party
Join us as El Bait Shop welcomes Left Hand Brewing to the great State of Iowa with a Ten Line Tap Takeover, our largest of the Week including 4 special releases!