A lot of tidbits in this update as we have a bunch of beers hitting shelves and I know I missed a bunch so feel free to drop me a line if I missed anything. On to the update!

**Rogue** – going with their recent VooDoo Doughnut releases, Rogue is coming out with Lemon Chiffon Crueller Ale. A cruller for those who don’t know is just a style of donut. Another interesting flavor from Rogue and their VooDoo Doughnut lineup. 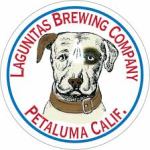 **Lagunitas**- it’s been so great having Lagunitas in Iowa. Wonderfully affordable and even better tasting, Lagunitas is right up with Founders and Stone hitting our market. Their newest beer hasn’t been confirmed for Iowa and sounds very  limited. I’ll try to keep everyone updated if we see it here. Lagunitas Born Yesterday is a take on their pale ale recipe. Here’s more from Lagunitas on the beer:

More from the brewery:

“We thought Big Lushious would make a great release for the holidays,” said Co-Founder and Vice President of Brand & Education Dave Engbers. “It’s a luxurious beer for us. It’s meant for bringing to parties and is perfect for sharing with friends and family after a feast.”

Big Lushious will be released in limited quantities across our distribution footprint beginning on Monday, November 24 (note: updated from Monday, December 1, as previously announced),and will be available at our taproom that same week. This will be our last Backstage Series release in 2014—look for more in 2015.

**Destihl Brewing** – coming out with another sour beer in their Wild Sour Series. I was fortunate enough, thanks to sLim, to try their Gose and really really enjoyed it so I will try to get my hands on this one as well. It is a Flanders Red that will clock in at 6.1%. More from the brewery:

Flanders Red is an acidic, sour ale with an initial impression of tart cherries and sour candy that dissipates into a complex palate displaying both a sharp lactic sourness with a backbone of caramel and biscuit malt profiles and minimal hop character. The dry, wine-like finish accentuates the complex malt profile and bright fruit notes showcased in this brilliant red colored hybrid of a modern Flanders and German-style sour.

**Stone Brewing** –  Enjoy By 12/26 and Stone Master of Disguise both are scheduled to be shipped out of California on November 14th. Not sure when we will see it on shelves but it shouldn’t be much after the 14th date. More on Master of Disguise from a previous post here: https://iabeerbaron.com/2014/10/17/1st-look-at-stone-master-of-disguise-imperial-golden-stout/

Huge news of Green Flash purchasing Alpine Brewing as well. If they add Alpine to the Iowa market we have a tough lineup of beers on the shelves to beat! As always, if you have news, rumors, or reviews you would like posted drop me an email! Cheers!

My Tweets
Join 2,876 other subscribers