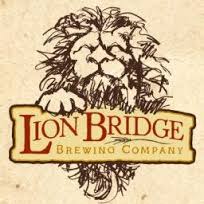 You have all patiently waited for the past year. We have been carefully filling barrels and planning how best to dominate the frigid month of January. Last year, we filled 10 whiskey barrels worth of beer. Roughly 500 gallons of beer. 4 different flavors, 4 weeks in the month. Seemed to make sense. We underestimated the popularity of the beers and we ran out way too quick.

This year, we have filled over 30 whiskey and wine barrels worth of beer. We aren’t really even sure how to release all these beers in one month…but we will sure try. We have 9, maybe 10 beers, to release throughout the month of January!

See the release dates below…

Tues 1/5 – CSA member private event – Oktobot 3000 pre-release party (This event is for members only. If you aren’t a member of the our Community Supported Ales Program, be sure to get one for you or as a gift for your loved ones for the holiday. It’s the gift that keeps on giving)

Saturday 1/9 – Englert Theater Collabeeration release. Local Talent Robust Porter. Not a barrel-aged beer but a great day to come out and enjoy some live music and a delicious new beer from Lion Bridge.

Weds 1/20 – Red Wine Barrel-Aged Saison. Not yet named, but we took a batch of our Untitled Saison and aged it in single-use Cabernet Sauvignon barrels from Piña Napa Valley. Music TBD