Finally, after a few weeks I’m finally getting back to finishing the Top Ten list that everyone’s been waiting for….(crickets)…..Anyway, with all the great things happening in the Iowa beer scene, every year making a list becomes that more difficult. There are so many breweries I would like to visit, and some I wish I could spend more time at. New Year’s Resolutions are always fun but sometimes get forgotten. I, however, will make one of my Resolutions happen…I will make it to some more Iowa breweries, I will continue supporting my local breweries, and I will continue supporting the Iowa Beer Community! Onto the final five! 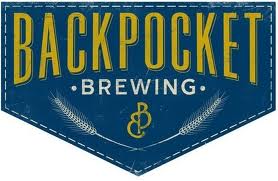 *Backpocket 5th Anniversary Stout – many are hailing this as their Iowa Beer of the Year and it would be hard to argue. I thought I had missed out on this beer until a lunch trip to Backpocket Pilot Pub in downtown Cedar Rapids and to my astonishment, 5th Anniversary was still on the lines. After a Grinch-like smile, I went ahead and ordered one…..and then another….and then…kidding, only two but it totally lived up to the hype. If you still are sitting on bottle..you lucky bastard… 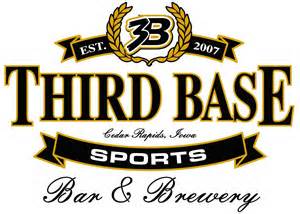 *Third Base Miserable in Mexico – I had this beer at the 2017 Brrr Fest (missing this year unfortunately) and was blown away. Jim has been making some great beers for a while now and has 3rd Base as an under the radar brewery.  Miserable and Mexico would have been the perfect beer to have these past few weeks in chilly-ass Iowa. Booziness from the bourbon, a bit of heat from the pepper and a ton of chocolate. Boozy Mexican hot chocolate..yes please! Well done Jim and 3rd Base!

It all started when we put our “Endless Descent Into Ruin” imperial stout in a bourbon barrel and let it rest for 8 months. It emerged as “Miserable.” We then took Miserable and infused it with chocolate and chili peppers. Grown up Mexi Hot (Cold) chocolate

*Pulpit Rock Rechoncho – Another Brrr Fest 2017 beer and another imperial stout to add to my list. Another brew similar to a Mexico hot chocolate but with some added vanilla to it. Pulpit Rock has become a big time player in the Iowa beer game in a short amount of time and 2018 will be even bigger and better for them. 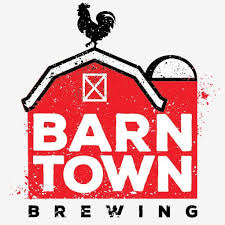 *Barn Town Brewery Pulp Non-Fiction – the new kid on the block has taken off pretty damn fast as a must try brewery! I finally got to visit and not only were the beers tasty but the food was excellent as well. Check out my write-up on Barn Town here: I was pleasantly surprised to this brew on tap at 30hop and have since seen some Barn Town pop up at a few other Eastern Iowa locations and hopefully we see them hit even more spots in 2018. A hazy, NE style juice bomb full of the murky, hoppy goodness!

*Lion Bridge Majestic Beast – I’ve been a fan of all of Lion Bridge’s IPAs when released but it seems recently they’ve really upped their game. Dangler was delicious, they now have Triple IPA that’s been barrel-aged slightly and one that I hope that they bring back is Majestic Beast. A 7% IPA that is extremely drinkable made with a journey into Lupulin powderes. Lion Bridge continues to impress, in every beer style, in food, in what it means to be a local business. More of this please!

First foray into lupulin powders has produced this mirthful beverage. By using a hop with the green plant material removed we are only dry hopping a concentrated version of the aromatic oils found in eukanot and mosaic. Resinous and tropical; potent yet graceful.

There you have it! The list of Best of Iowa beers 2017. Chances are your list looks a bit different but that’s what makes drinking and trying local beer great! It was stressful, I’m sweating and need a beer. I also have to give a shout out to Nick Jubeck for creating the Iowa Beer Baron logo at the top of the post! Thanks man, check out and like his Facebook page by clicking here: Cheers to the breweries who make the beers, the restaurants and bars that serve them and cheers to 2018!