The Pig and Porter restaurant located near the NewBo Market in Cedar Rapids will once again be playing host to the Iowa Turf War Tap Takeover. 2 Iowa breweries pitted against each other each week to see whose beers reign supreme! The bracket is listed below, pay attention to the dates and make sure you get to Pig and Porter to try the brews and eat their awesome food! Cheers! 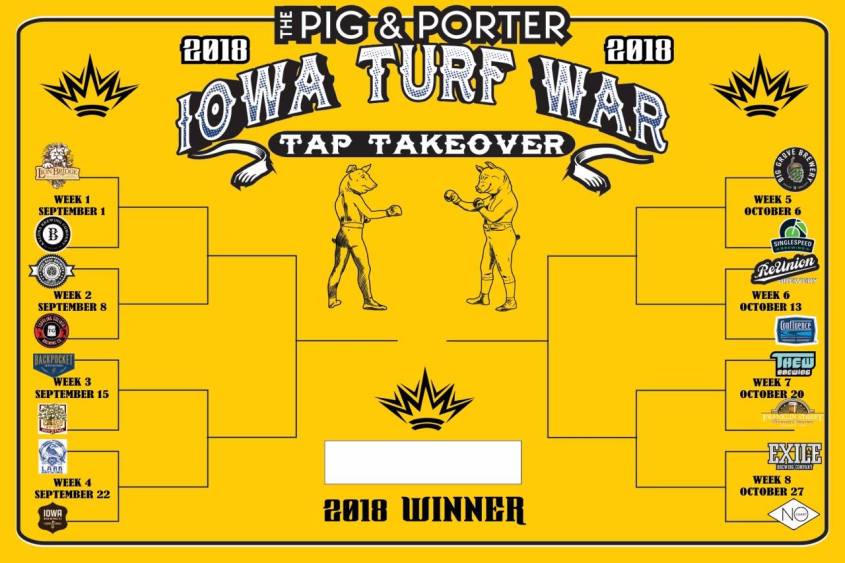 This fall two Iowa breweries will be competing to become turf war champion. Each brewery will have 3 beers to sample (a flight of 6) then vote on who is better.
Who wins depends you your VOTE!
Special food, prizes and brewery swag will be available during the event and a chance to meet the brewers.
Entry is free, you only need to buy a flight to vote.
Seating is limited so come early (event starts at 5pm)