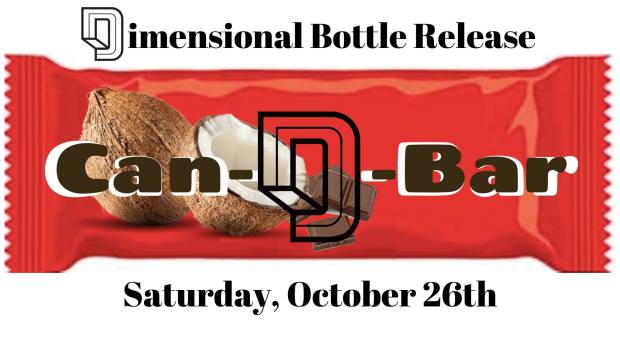 Saturday, October 26th, 11:00 AM Dimensional Brewing Company will be releasing bottles for the first time. Can-D-Bar is a imperial stout with a bunch of coconut and chocolate present in the beer. It reminds us of a tasty candy bar. We will be offering other to-go beer as well. Stay tuned for more beer updates.

Food- Chocolate Hog BBQ and Catering will be serving up their super delicious BBQ.