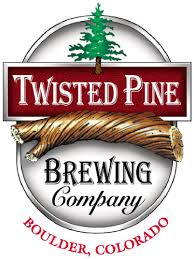 Not sure how this slipped through the cracks so quietly but Twisted Pine Brewing out of Boulder, CO  (www.twistedpinebrewery.com) has entered the Iowa beer market. I haven’t tried any of their beers yet but they seem to be a solid brewery to have on our shelves. If you’ve had their products I would love to hear your thoughts. Found this info on beerpluse.com.

(Boulder, CO) – Twisted Pine Brewing Companyadded three new states to its distribution base last year and plans to welcome four more territories in 2013. Iowa is first on that list and the Hawkeye State received its first shipment of Twisted ales earlier this week.

Based in Boulder, Colorado, Twisted Pine was founded in 1995 and has been hand-crafting award-winning ales ever since. 2012 was a particularly fruitful year on the competition circuit, with the brewery taking two medals at the Colorado State Fair, another five from national events (including two from the GABF) and its first European Beer Star.

“The thing about winning awards and gaining all the recognition that goes along with it,” explains brewery President Bob Baile, “is that you wind up with a lot of distributors knocking on your door.” The decision to go with the Johnson Brothers distribution company in Iowa was in large part due to the successful relationship Twisted Pine has enjoyed with the distributor’s Nebraska branch for the past two years. “Iowa is a very thirsty market,” adds Baile, “and beer drinkers there are really starting to appreciate all that craft beer has to offer.”

In addition to Twisted Pine staples like Hoppy Boy IPA, Raspberry Wheat and Billy’s Chilies, Iowans will find the brewery’s multiple-award-winning Big Shot Espresso Stout on shelves alongside Ghost Face Killah, the spiciest beer in the world. Draft options for Hoppy Boy and Honey Brown will also be immediately available throughout Iowa, with a greater variety of keg shipments forthcoming as Twisted Pine’s presence in the state grows. For more information on the brewery and its offerings, visit http://www.twistedpinebrewing.com.

Based in Boulder, Colorado, Twisted Pine Brewing Company has been hand-crafting quality ales since 1995. In addition to such favorites as Hoppy Boy IPA, Raspberry Wheat Ale and Billy’s Chilies, the brewery has repeatedly pushed the boundaries of style guidelines with such creations as Big Shot Espresso Stout and Ghost Face Killah. Twisted Pine is actively involved with local charitable organizations and is a staunch advocate of sustainable business practices. For more information, visit http://www.twistedpinebrewing.com.