Some new beers should be gracing our shelves in the near future, some we’ve seen before and some with a slight twist. Let’s get on with the update:

*Founders Rubaeus Cans– Founders’ popular raspberry beer will be coming in 12 oz cans and I believe is now going to be a year round offering.

*Boulevard Chocolate Ale w/Raspberries – Boulevard is amplifying its winter release of chocolate ale by adding raspberries to the beer. Here’s more on this beer from Boulevard:

We’re always looking for playful new ways to approach the art of brewing, so we invited back celebrated chocolatier Christopher Elbow  to reimagine our very popular collaboration, Chocolate Ale. Elbow has earned a worldwide reputation for his ability to harmonize all kinds of flavors with chocolate. For this exciting new version has has paired the bright flavors and aromas of raspberry for a fresh take on an old favorite. 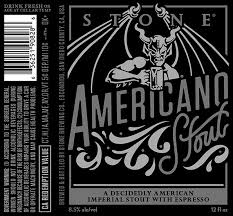 *Stone Americano Stout – Stone Brewing will be releasing another stout. According to B.A. member Bottlecaps80 this beer will be an Imperial Stout with Espresso and come in at 8.5% ABV. More from Stone: